My first 'serious' scope was a Sky View Deluxe 8" reflector that I bought from Orion almost 10 years ago. Great first scope. Bright sharp images...to someone who does not know how bright and sharp images can be at the eyepiece. When I first started imaging, it was my first imaging scope. F4 is very forgiving to a new imager.

As I progressed, the SVD did not. As I learned what coma was, and as my imagers started coming with larger sensors. I became more and more aware of how lacking the scope was. The collmination washard to maintain, and the focuser was poor. I upgraded scopes, and the poor SVD was removed from it's mount and sat in a corner by itself for over a year.
.
Couple weeks ago, I decided to fix up the old scope and try to get it up and running. Thinking about an 8" at f4 was a pretty exciting concept. First things first...focuser. I did not want to go too expensive, so I went with a cheap crayford. The focuser was nice, but required some modification of the scope. The hole in the tube for the stock focuser is about 2 and 3/4 inches, the new focuser requires 3 and 5/8 inches. Sooooo, drilled a new hole...purposely slightly to the right to ensure that my CCD would come into focus properly. Worked out well. The focuser works well and easily handles the imaging hardware.

This was the first image with the SVD and the new focuser. Image is single frame 300 seconds. Not too bad, but the coma is sickening. Decided to get a MPCC. This device is supposed to completely eliminate coma. After getting it home....and actually reading the instructions....I realized I had a problem. The MPCC is designed with DSLRs in mind. The device is setup to sit exactly 55mm from the sensor,which is where it would be if you hooked it up to a DSLR. I do not use a DSLR. My CCD sits a mere 23mm back. Going through my accessories, I was only able to move the sensor to 51mm behind the device. Decided to give it a try and see what is doing...I mean 55mm is just a estimate, right? 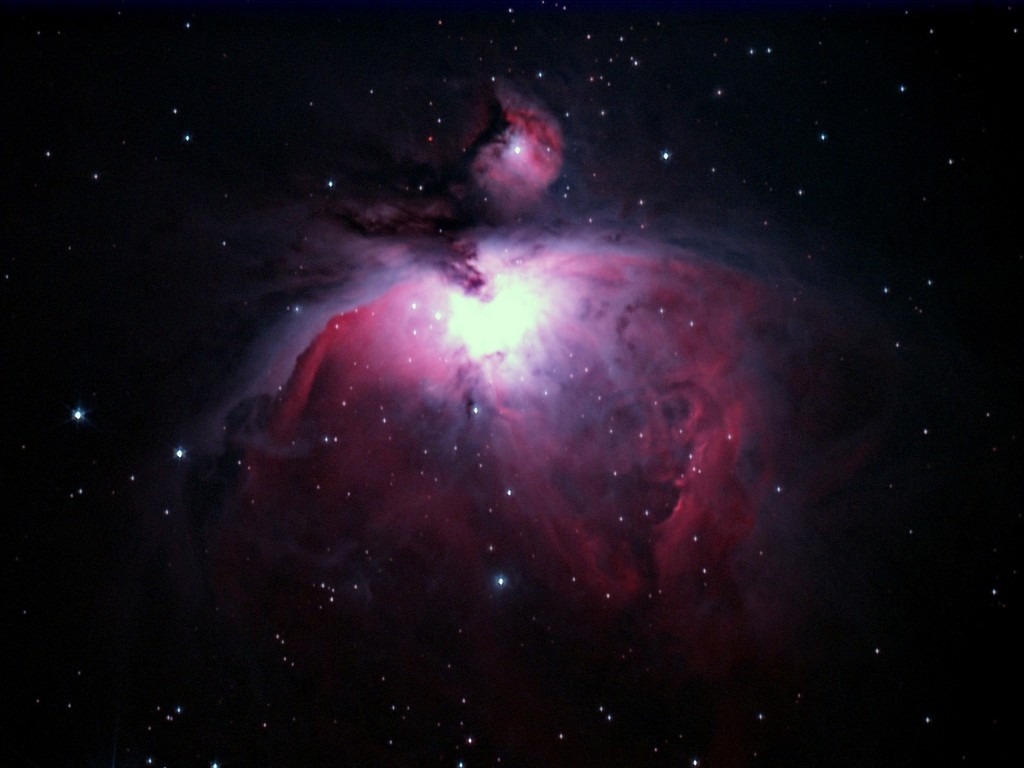 Well, not exactly. Again, 300 seconds, single frame. Better, but the stars are not perfect. I do not fault the MPCC, I fault the 4mm of space that I am missing from my imaging train. I'll try again after I get another 4mm!