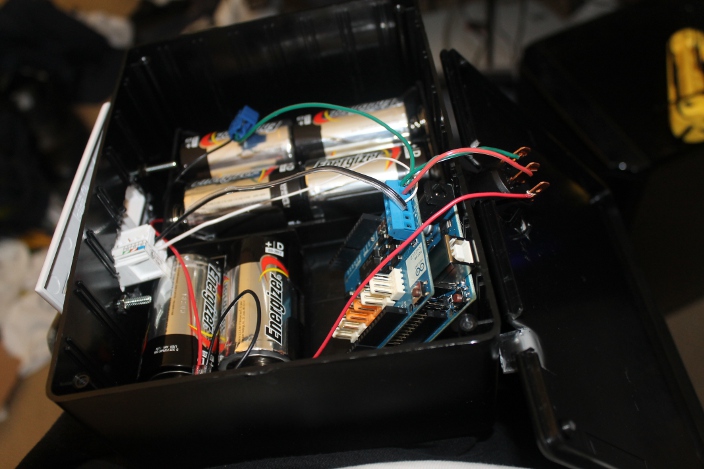 The core of the focuser is an arduino uno with the arduino motor shield on it. The controllers costed $70. It would be powered by 6 D Cell batteries for 9V to the motor. 9V is used since the JMI focuser that it will be controlling is powered by a 9V controller. Finally the 9V supply is switched. The switch has an LED to indicate if it has power.

I designed this one such that the top can seal. The Dcells will give a long lasting power supply to it and i can keep it sealed. 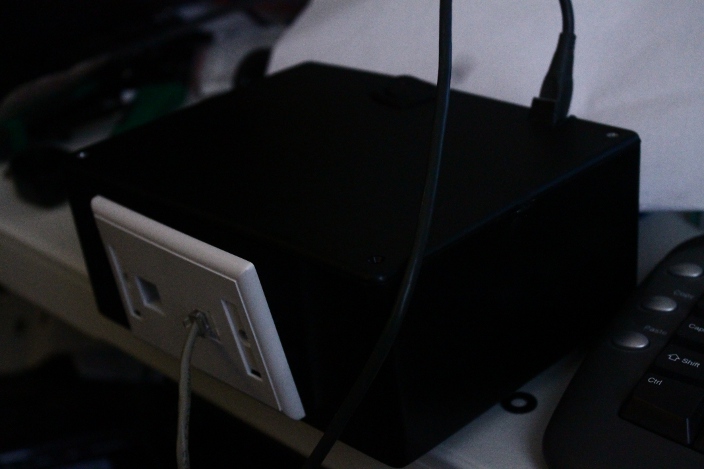 The Arduino is over to the side with a hole in the lid for the USB cord. A 6 pin RJ11 jack is wired to match the motor power control on the JMI wire.

I implemented the controller such that it will be ASCOM compatible. It tries to use the duration of the focuser's movement as the position but if it fails accuracy testing I'll make it a relative controller. As of this moment i'm having trouble moving the ascom driver to my netbook but I'll figure that out. I just hope it clears up tonight so I can use it.

If the whole package is successful I'll design a smaller version of the controller using a 9V battery and to allow an external power supply.

total is about $117, about 70% the cost of JMI's controller. Its a fun learning experience for me though. My controller doesn't have the same amount of features that the JMI one does but its enough to accurately focus.

Michael, you might want to take a look at my post on the "PerfectStar" focus controller. I'm offering it as a "commercial" product, but because I do this more as a hobby, it is far less expensive than competitive units.

I shrank the focuser controller before I actually used it so it was in a more manageable package. It currently can be powered off the 9V battery but I actually find that it powers well off the USB power, saving a potential power hookup. Its accuracy is fair too.

I'll post pics of the new package for it next time after I'm out. I found that it all fits in a 4 inch wiring box I found at Lowes.

Also it seems that an Ascom 6 SP1 driver is not compatible with Ascom 6 without the service pack.

I figure i can get them cheaper on ebay but it was kind of an impulse decision do do this. I think that yes a stepper motor would be more accurate but the focuser I designed this to work with has a servo motor instead with an encoder attached. On my newt I might try to do a stepper motor for that focuser.