Having never done this before I decided I had better do my homework and get my ducks in a row before attempting this venture. The first step was to pinpoint the exact times and locations of the pass. While scrolling through the google maps on Calsky.com I was pleased to find that the Pass would intersect a local Metropark, Sandy Ridge, where I and my local Astronomy Club have a very long and friendly relationship with the Senior Naturalist running the Park.

The next step was to go on tvhe www and see how others had fared in shooting an ISS Transit. Luckily for me I have a Canon 40D with the Live View feature. With the transit lasting only 0.74 seconds, shooting still frames is iffy. It works sometimes,but not often. So I went outside with my trusty Orion EON ED80, a 2xBarlow lens and my "portable darkroom" and practiced capturing video of the Sun. 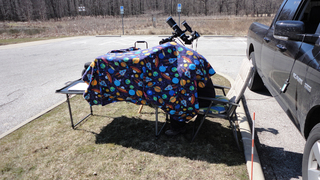 Everything worked quite well, once I got the exposure times and ISO combination down pat. At this I point I was becoming confident that I had a chance to capture the pass.I was shooting ISO1600, @ 1/2000 second and 22.1 frames per second. This should give me at least several frames with an image.

Next, I sent out an email to my fellow amateur astronomers in the local club I belong to. Several of the fellows were excited and agreed to come along for some fun times. 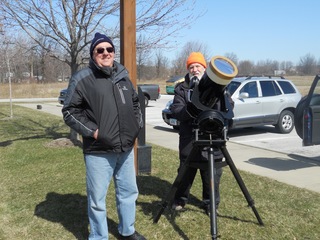 Mike was shooting video also, at Prime Focus through his To the right is Dave, shooting afocally through his 5" refractor. Dave was shooting still frames. Left, Randy also joined us.He was not shooting images, but wanted to see the

And last, here I am getting my truckload of gear setup... 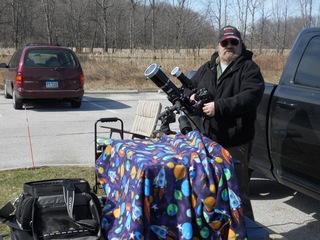 Laptop,mini darkroom, 12v power supply, table and chair for me and all the gear,etc... 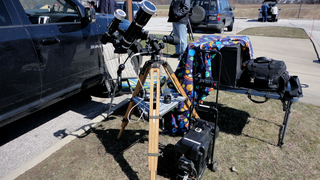 We appointed Dave to be the timekeeper. He would count down to a few seconds before and then it would be every man for himself.

Time seemed to slow down then... It took forever, eyes glued to the monitor, waiting to see the ISS appear on the face of the Sun. Doubts began to creep in. Did I pick the wrong spot? Was the ephemeris wrong? Did the ISS blowup or did the orbit decay? Did they make an orbital adjustment and moved the craft from our line of sight?

WOW, 0.74 seconds is a very short time. Suddenly I heard myself and the others shouting with glee.

"Cool", I remember thinking to myself, "They saw it too."

And, last, but not least, here's the money shot... 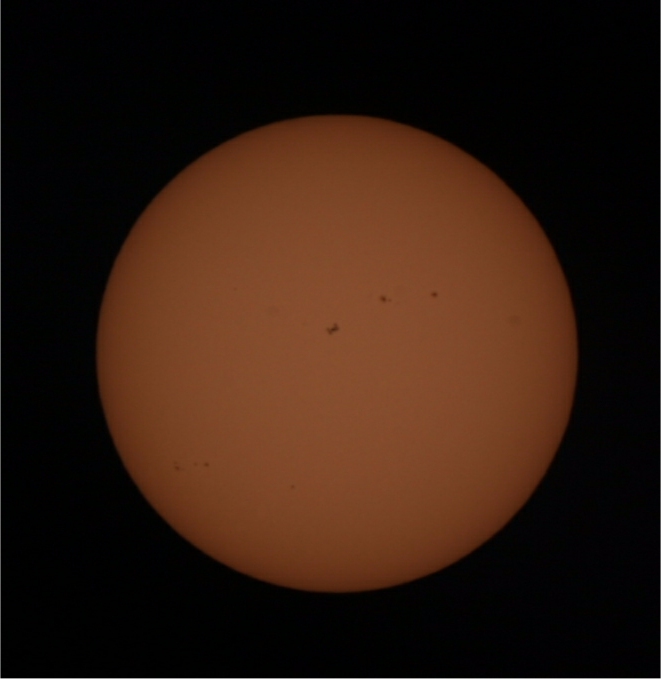 And here we all are, the Triumphant Warriors, with our Expedition Group Photo. Can you see in our faces that we had a wonderful time? 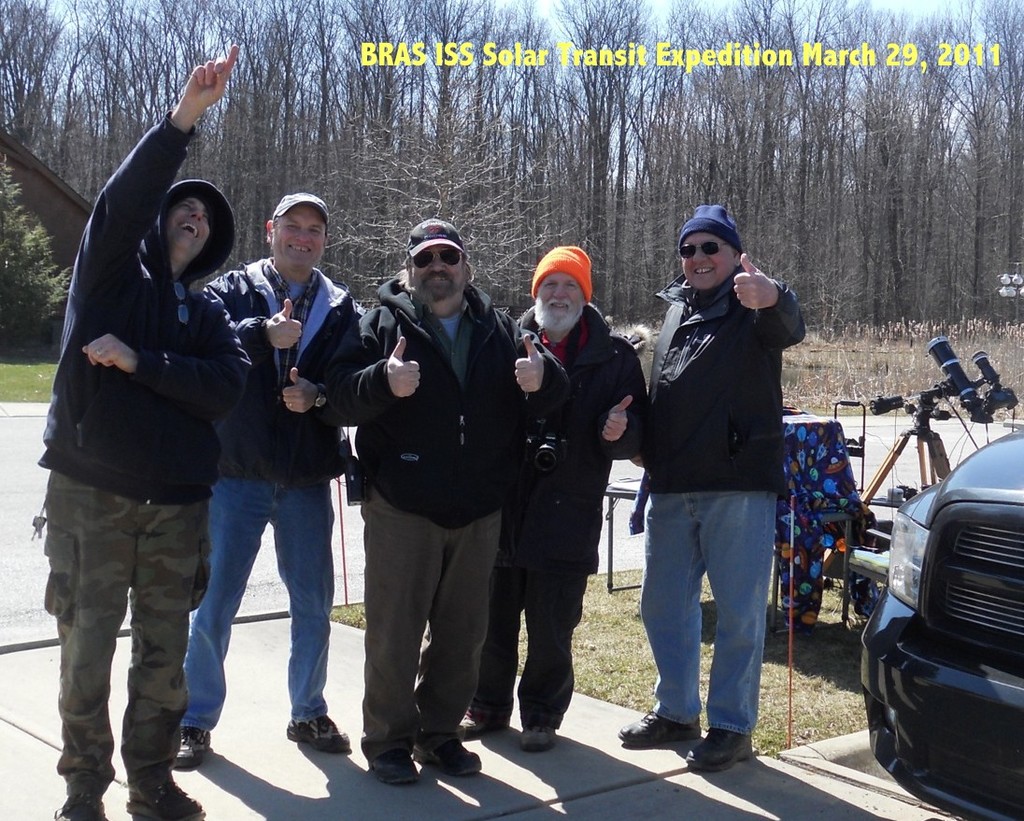 Comment by Nick Dudish on October 31, 2011 at 4:00pm
Great accomplishment and well planned. I enjoy your style of writing.