Then I noticed that my Celestron hand controller had the same 6 pin RJ11 port. I thus cut the Cat5 in half, terminated both ends to be a patch cable and used an inline coupler to connect the Celestron controller to the mount. Now i can sit in comfort in my townhouse while the scope is at the end of the deck and I can control it entirely from inside. On the left of that image you see my hand controller for the mount and the focuser and the laptop for imaging. 4 cables go out the door: USB, focuser, mount, power (Cause the outlets outside are broken) 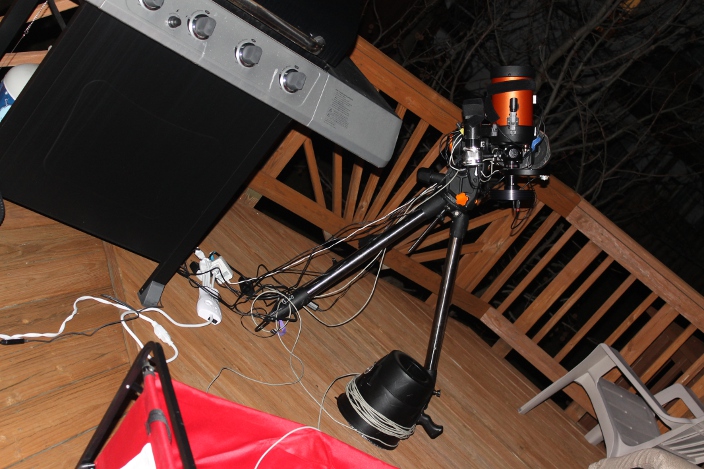 All going to the mount.