Wa-chur-ed Observatory (that's me) is proud to announce our newest addition to the product family, MRT (Mister T).

MRT (Mister T) adapter for Canon DSLR astro-photography. With rock-solid mounting and easy camera rotation adjustment, I pity the fool that doesn’t use this adapter! 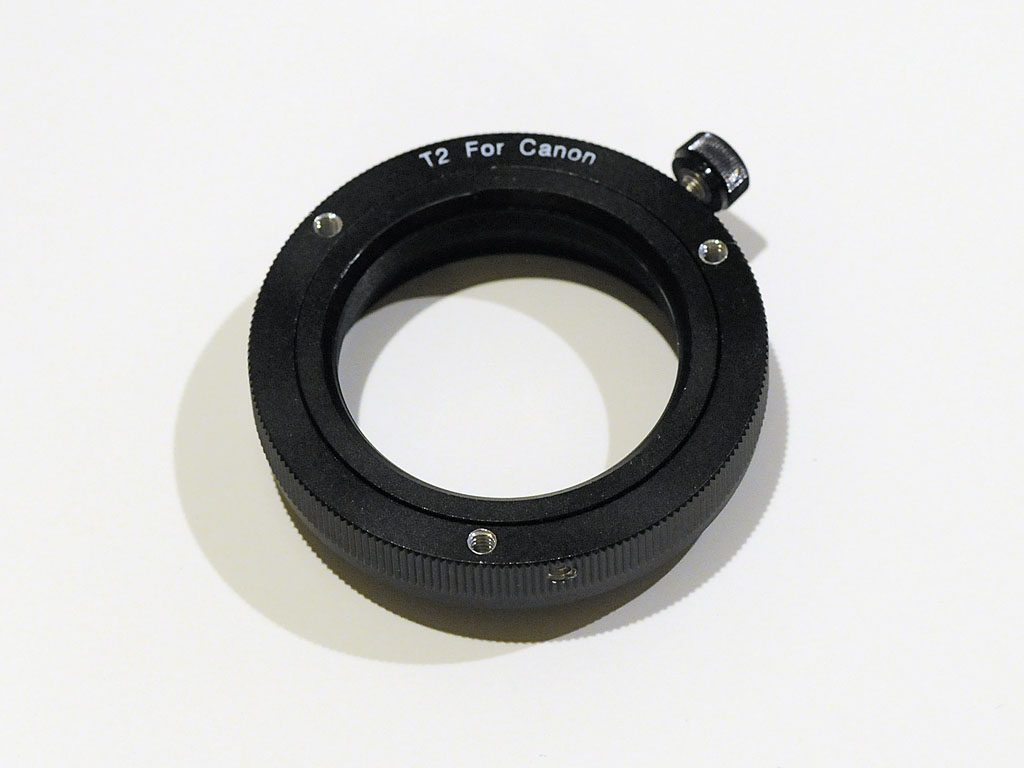 Forgive the shameless commercial pitch, but I've just printed 100 copies of a calendar and need to get the word out if I'm going to sell enough to cover the cost. For more information see: http://wa-chur-ed.com/Calendar.html 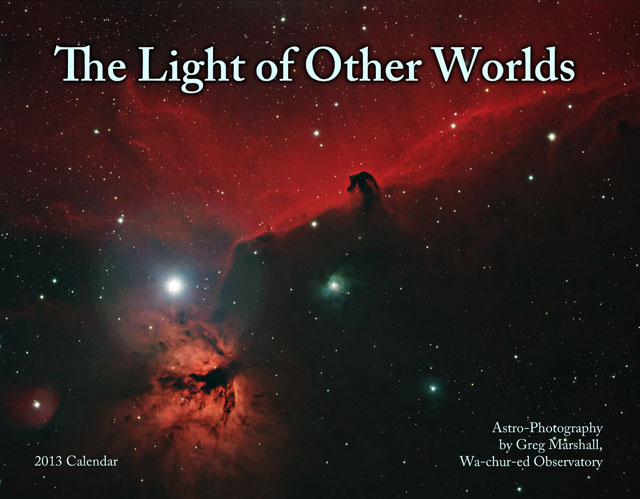 I've always used a separate guide scope and like the simplicity that it offers, but I now have pretty clear evidence of differential flexure despite doing everything imaginable to make a solid connection between the 2 scopes. So I want to try an off-axis guider and am looking for recommendations. I think it should be very adjustable (both rotation and prism position) to be able to find a good guide star. My current setup uses 2" SCT threads to connect the reducer/flattener to the scope. This… 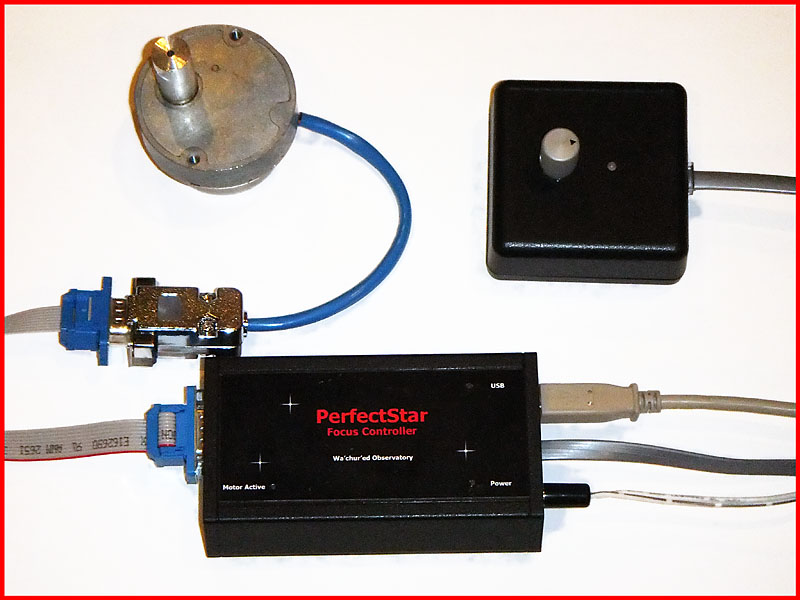 Astro photographers all know that perfect focusing is both essential and difficult. A motorized focuser is a big help because it allows finer control while avoiding the vibrations typically induced by turning a focus knob by hand. However, simple DC motor systems cannot provide enough precision and absolute positioning systems using stepper or servo motors are usually very…

As promised, here are the results of testing my ELF panel, an electroluminescent panel designed specifically for making "lens cap" type flats. That is, by placing the panel directly in front of the telescope. This technique does not provide the highest possible accuracy, but when done properly it works quite well and has the distinct advantage that you can do it in the middle of a shooting session without bothering anyone. ELF is designed to fit snugly around the end of your scope so that…

Since I retired from a career in designing electronic products (mostly related to imaging), I've often had to rely on the skills learned over the years (and learn some new ones) to solve problems that came up in astronomy. Thinking that my friends in astronomy and astrophotography might benefit from the solutions I developed (and having little else to do), I decided to make some of these solutions available as real products. My intent is not to make a big business from this and it's not…

Not satisfied with the results of my previous testing, I decided to try again. This time I used a technique that is directly applicable to imaging rather than a theoretical measurement of worst-case flexure. What I did was to simply capture 30 images at 2 minute intervals while guiding, then measure the position of a star in each frame to see how it varies in RA and DEC over the hour. Obviously, there is some "noise" in the measurements and I didn't bother trying to filter that out (such as… Continue

Got laid off today! It was only part time work and the lay off was expected - not a big deal. So now I can spend all (well, most) of my time on astronomy.

Coincidentally, my previous employer, Xerox, announced today that they are outsourcing most engineering to India. It has been my opinion for some time now that the company was run by fools. This is proof positive.

Neil gave me the idea of testing to see how much differential flexure I have in my side-by-side setup and I got around to doing that last night when we had partly cloudy skies such that I didn't want to try real imaging, not knowing how long it would last. My AT111EDT (with QSI 583 camera) and Orion ST80 (with Meade DSI camera) are mounted on a 3/8" aluminum plate, about 8" apart. Recently I also added an aluminum bar across the tops of the rings to couple the 2 scopes there in addition to the… Continue