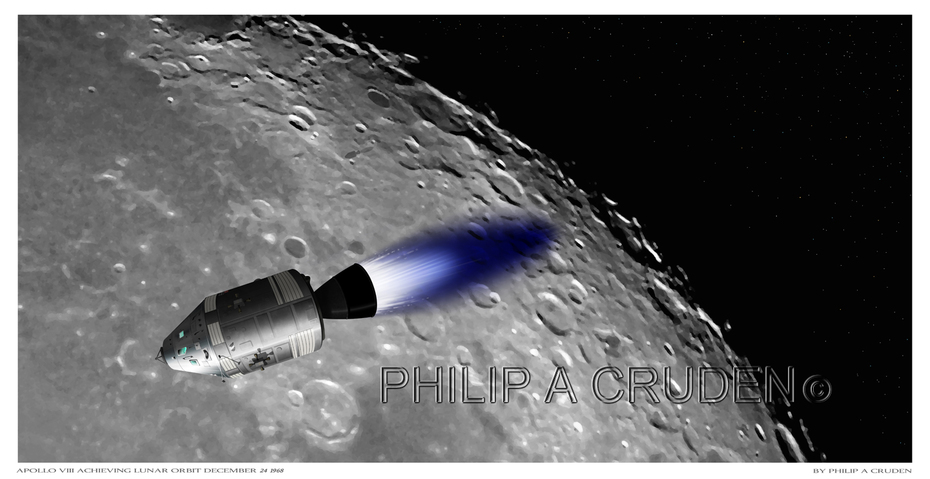 Apollo VIII was the first manned mission to the moon. Abord was Commander Frank Borman, Command Module Pilot James Lovell and Lunar Mudule Pilot William Anders. All three were the first humans to go beyond Earth orbit, see and photograph the Earth as a whole planet, and the first to see the dark side of the moon. Getting to the moon was by no means an easy task and getting into orbit was no easy task either, tension for everyone built as the Service Module fired its rocket for a controlled burn to slow them down and get into orbit. Tension got even greater at NASA during LOS while Apollo 8 went around the dark side of the moon, was all their math correct? It was and Apollo 8 completed 10 orbits in 20 hours and then returning to Earth with the best data of the moon to date payving the way for the Apollo 11 landing and subsequent missions. December 24, 1968