Hi All,I created this group to discuss the pro and cons of both types of astro imaging: DSLR and CCD. I was prompted by a series of posts on one of my pics and realized that others could benefit from…Continue

You need to be a member of DSLR v CCD to add comments!

Comment by Trevor Woodrow on January 21, 2011 at 2:26pm
Oh, and true that...CCD or DSLR...there are other factors that must be considered as well, your location, what you are shooting, the equip you will be using. This is only a little piece of the pie. But an important one!

Comment by Trevor Woodrow on January 21, 2011 at 2:23pm
BTW, I would argue that your post starting "Tony Hallas" is actually a a great philosophy to live your life by...that also happens to apply here as well!

Comment by Trevor Woodrow on January 21, 2011 at 2:22pm
Thanks Hopp. First lemme say I am no expert at anything. Okay, that is all I have to say...just kidding.

Check this guy out: http://helixgate.net/. He has my CCD, the mono version and a DSLR. The results he gets with all of them are great. I do have to agree and disagree with the Hopp. First, very true, for DSLR no CPU needed, which is VERY convienent and cost effective. However, as far as walking away...I have walked away for up to three hours no worries...of course I am entirely too anal to do that all the time but I digress. Here are some pros and cons as I see it...for what it is worth...and please note I am speaking generally of course there are always exceptions!

That is just off the top of my head while I wolf down my lunch. This list is by no means exhaustive, but I am sure many of you will agree a good start. Before you write back and say..."No way trev, you are smoking crack my CCD/DSLR does/doesn't....." I know. As I said these are generalizations and there are exceptions to every rule...which generally means they either cost more, or require some aftermarket TLC.

Comment by Marc Basti on January 21, 2011 at 11:36am
I've had my Canon 1000d 2years now and last summer, (after constant nagging from Byland haha) I got it modified. The mod was worth the $, it's like a whole different cam (not essential, but close for astro shots). But, no matter what there is noise. Right now @20'F it's not so bad, but up @70 it starts to be a real pain. So I'm in the hunt for a ccd probably by summer. Due to $ constraints I'll probably go w/a single shot color. The cameras may be about the same price (vs mono), but once you start adding in filts and a wheel it starts to add up.
It'll be interesting to read different commentaries and hopefully reviews (likes/dislikes) on cameras. It should be helpful to everyone. Marc

Comment by Trevor Woodrow on January 21, 2011 at 9:25am
Series of posts that prompted the making of this group:

"Man, when I see shots like this I get even more confused about DSLR vs CCD. Your shot here just looks fantastic, with all the great shots you take what is your preference. I have been doing so much reading on both I am still on the fence. I would not be if it was not for the money issue, Right now for me it is one or the other. Experience like yours is so valuable." - Phil
"Thanks Phil. I am glad you like my work. I use a CCD, but look at the work of Hopp, Marc and Mark. They all use DSLRs and get fantastic results. Obviously I prefer CCD, but that is because that is what I have primarily worked with thus far. I do have a DSLR, a Nikon D40x, but have not really done much with it. Use it primarily to take pics of my kids. lol. Weigh the pros and cons of both carefully. Talk with the DSLR guys, get their side too. Will be happy to send you my pros and cons of both, but don't take my word as the end all be all...as you can see I am still learning." -t
"Thanks Trevor, Tony Hallas had a number of articles over a few issues on the subject in Astronomy Magazine, his article basically stated that CCD imaging is far better than DSLR but when you look at his rig also I can see why. I have been doing Photography since I was a kid, I even had a dark room at one point in my folks basement so I am leaning toward DSLR because of being familiar. I think Spike is getting his camera back from being modified soon or has it already, I am going to ask him some questions along with Marc, Mark and Hop. Thanks for the advice, Phil"
" I've read that article as well. For me - I didn't have a dSLR initially and I wanted a cooled camera that I could (with the Parsec) set the cooling temperature, and it was initially designed for astro-imaging. I've not done any A/B tests between CCD or dSLR so I can't comment. I'm personally happy with the camera, and I like my results so far, so that's the only criteria I'm using at the moment. :-) I too see tons of dSLR images out there that look just fantastic. Also, with the wheel I can do Hubble palette stuff, etc. So maybe there's a bit more flexibility in that regard." - Jeff
"As a beginner at this, and I still am, I choose to keep things on the cheap. I'm the frugal guy here who has made an effort to make this hobby affordable for me and some how stay on the fringes of some thing ... that I can pay for. My decision to go DSLR involved wanting to have a camera that I could use every day as well as hitch up to the scope and image with. Researching the internet took me to a few sites that indicated all of this was very possible. Before I really knew what I was looking at or doing, I had overlooked the modified option, originally. Glad I did. I went full color with a simple 350D and learned a lot about stacking, which I used to by hand in The Gimp. Once I began to get more in tune with what kind of images I wanted to take (thanks to John Buonomo), I went to a modified 350D and made the mistake of selling my unmodded 350D. If I had $3000 to spend on a specific use Astro camera, I would probably just go ahead and get some much needed dental work done. Simply put, I can't afford the high-end finer things in life. What I have suits me well, and I try and push every piece of gear I have to it's maximum capabilities. I fall short at times but it keeps me heading out for more. There are tons of reasons it's a good idea to go DSLR, and with a few modifications, one can get very similar, if not almost indistinguishable results, in my humble opinion. I only have one camera now, and have spent an entire year just searching for the right Custom White Balance to shoot every day images with. It was two weeks ago that I finally found it; The Macbeth Color Card. Up until this point, all of my every day shooting was plagued by too much IR/UV hitting the sensor and blowing out every thing from color to detail to exposure. Now I have a great CWB set and can choose from different variations and go shoot space with much less noise and greater detail than before as well as take pictures of random, every day eye catching things.

Sure, I've got CCD envy, but I've got mount and scope envy as well. There are so many critical elements in creating good images that it has never come down to just one thing like CCD Vs DSLR for me. Right now, I bet I have no more than $1500-2000 at full retail (I buy strictly used gear) in my setup and I can take pictures of DSOs, Nebulae, and even planets if I decide to ever get back on to that type of imaging." -Mark 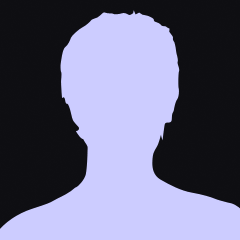